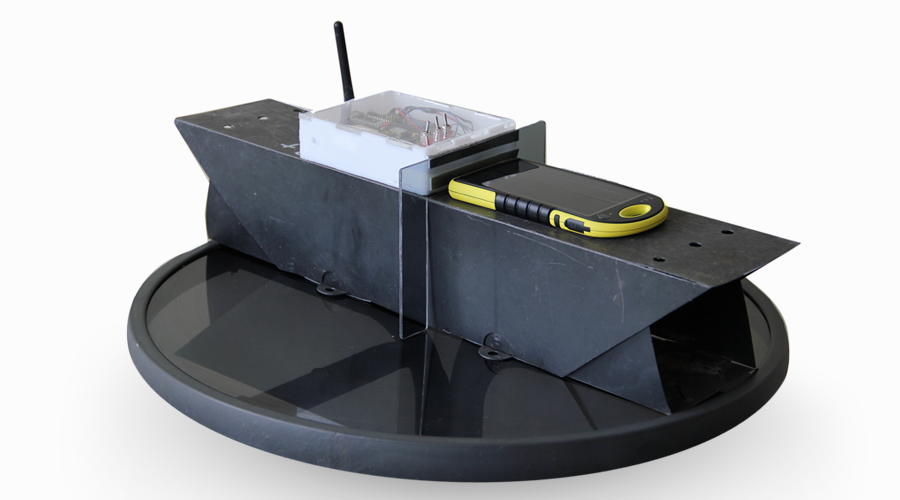 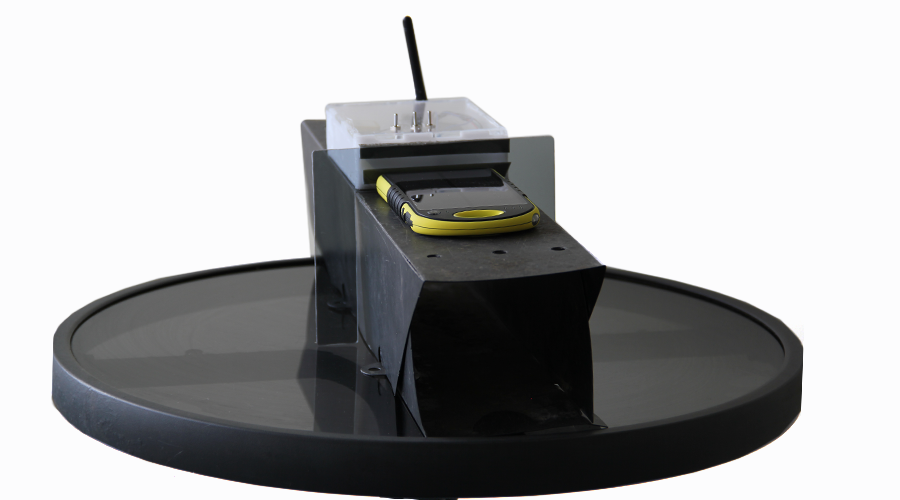 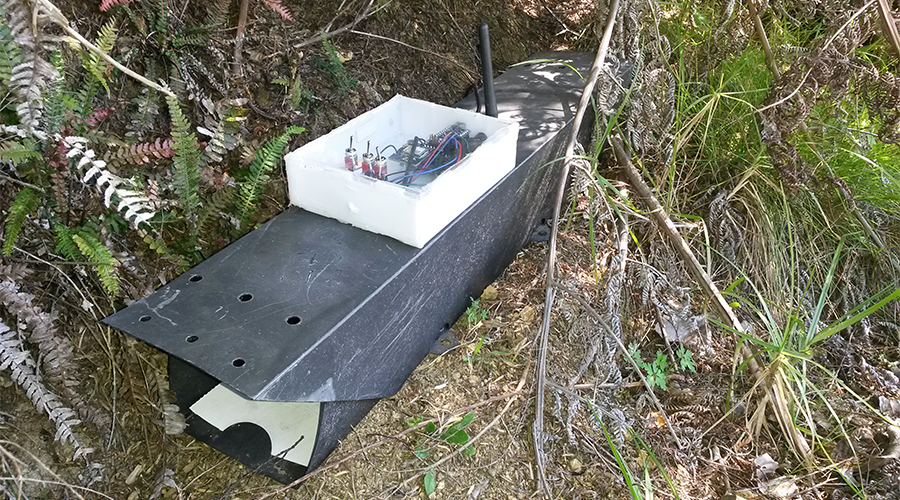 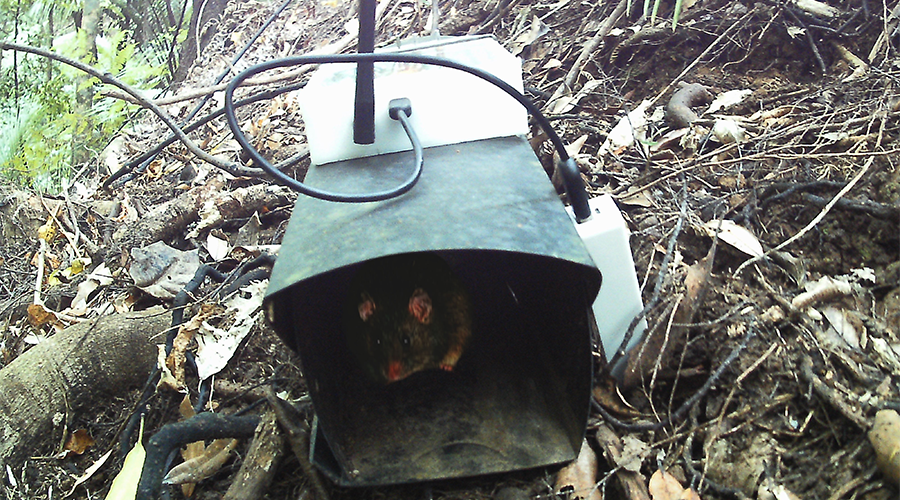 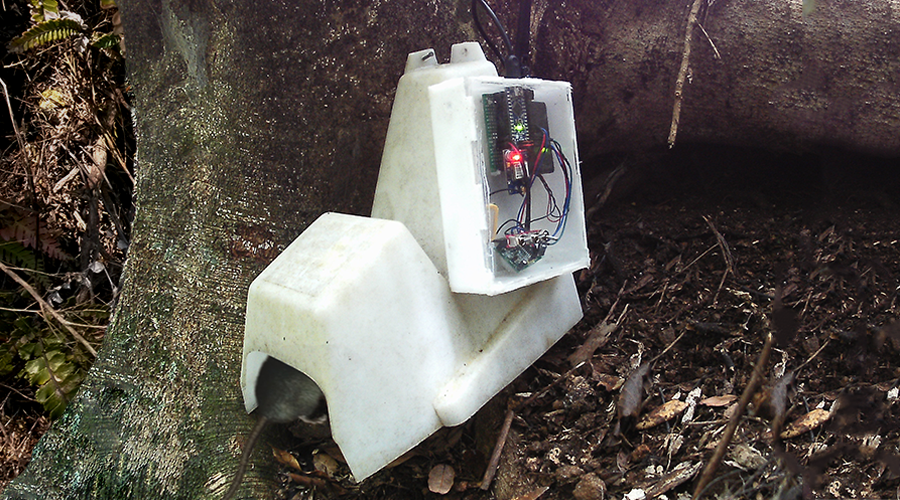 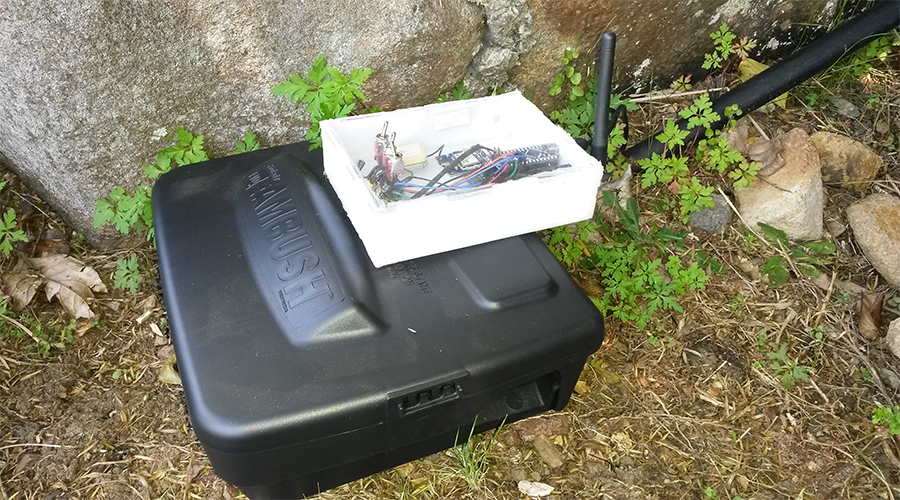 Trap Minder is a modular ground based sensor system to instantly alert Conservation Managers of any rodent activity within a monitored area. It can be attached to standard monitoring tunnels and bait stations. In small installations each Trap Minder contains a GSM cell phone module which sends an alert by SMS. In large installations it utilises a radio link to communicate an activation including its GPS coordinates and Station ID to a central monitoring computer. This information can then be acted upon either by manually taking a bait station to the area where the activation occurred or by passing the GPS coordinates to the Ground Control software of our R.A.T.S. system (Rodent Autonomous Terminator System) which deploys a drone to autonomously deliver a bait station from the air to the target area. The Trap Minder is solar powered and designed for long term deployment in the NZ bush. The concept is fully modular and can be configured for any custom application. In addition to reporting rodent activity it can also include climate data (temperature, humidity, sunshine hrs) in every transmission and so allow researchers to collect data on local micro climates.